Do you have a question you would like answered?

If you do, please feel free to submit your question by email to the webmaster.

It will then appear on this page.

If I cannot answer it myself, a visitor to the site may be able to come up with an answer for you.

The answers will appear below their respective questions on this page.

Please send any answers to these questions to the webmaster. Thank you. 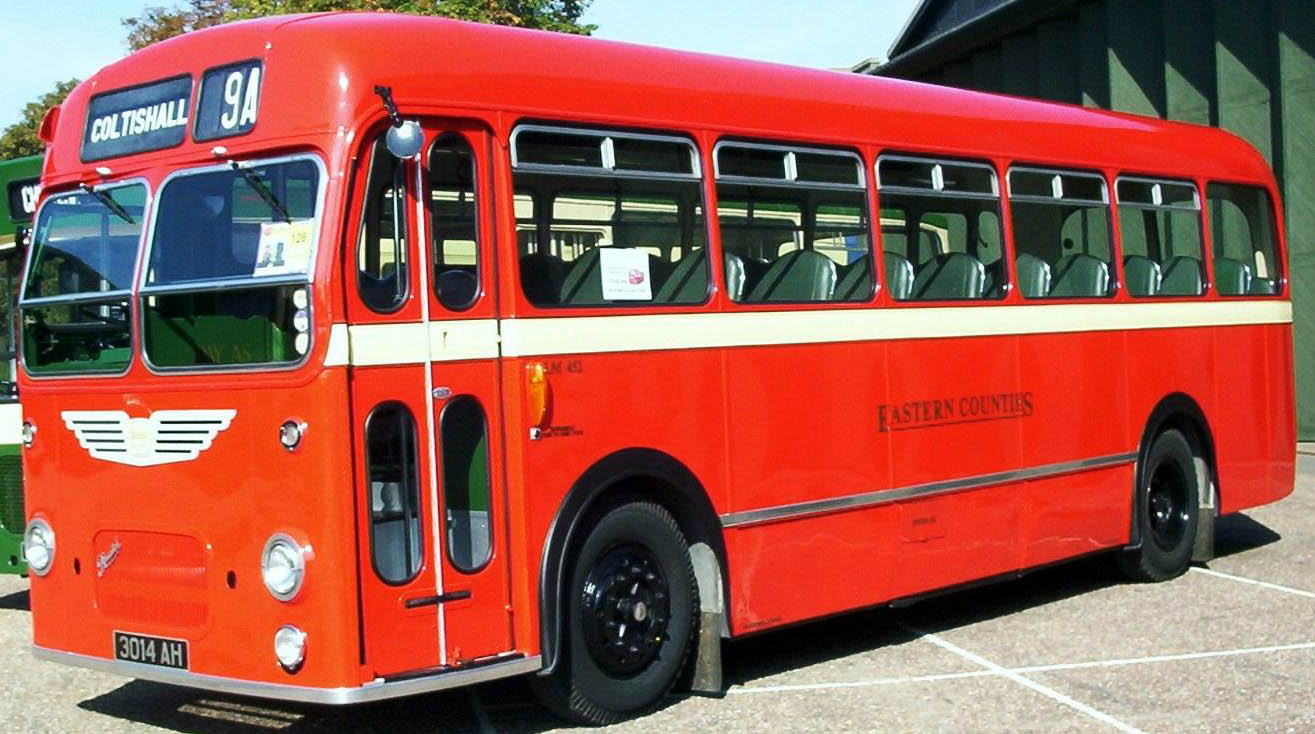 Does anyone remember LM 452 (later LM 952) operating for John Brignell & Co, Builders of Cambridge between 1974 and 1978 and does anyone happen to have a photograph of the vehicle whilst operating for them as a workmen's bus in all over cream livery with yellow stripes on the side panels? 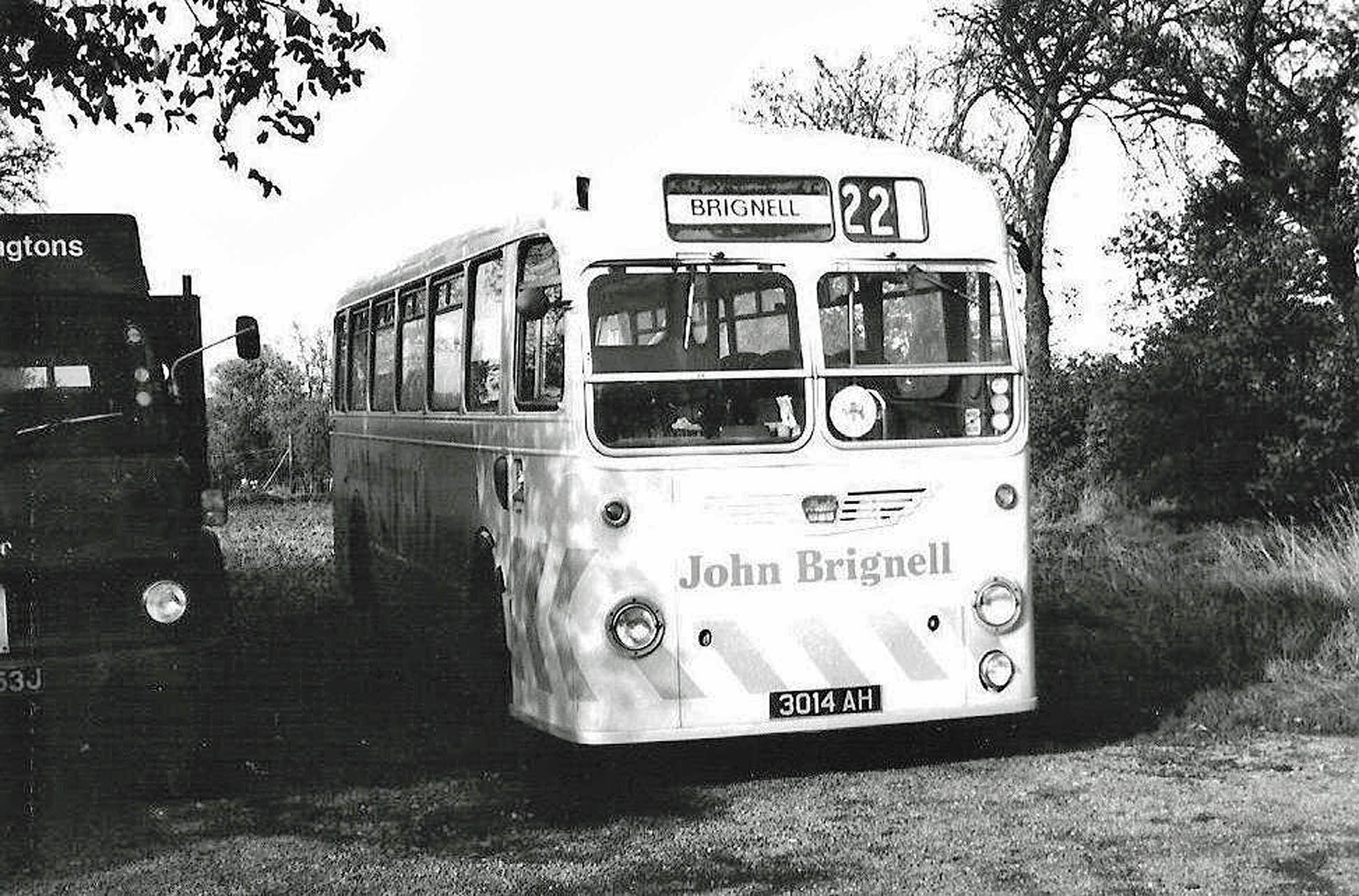 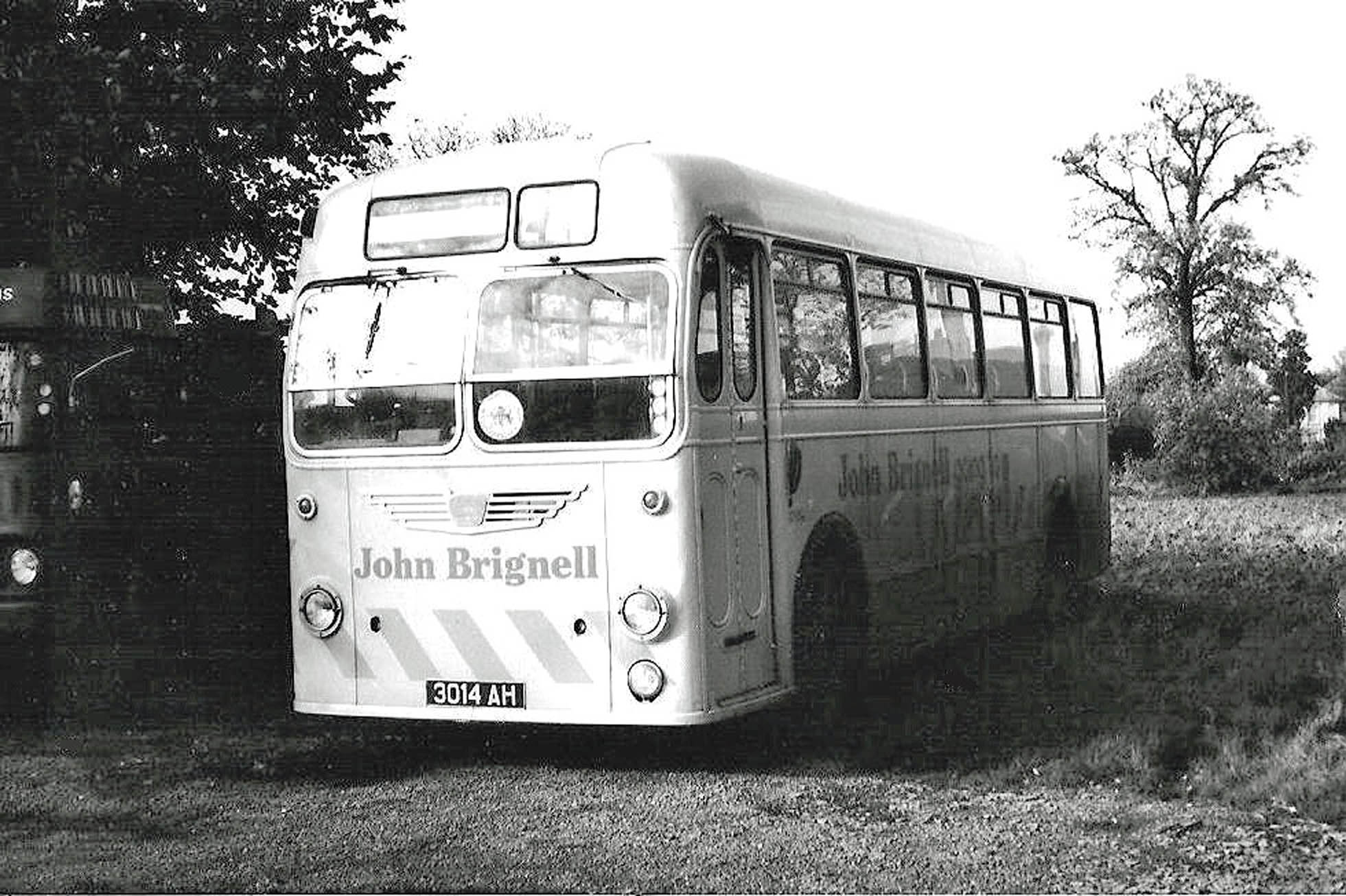 Does anyone remember LL 711 operating for Simplex Switchgear of Sawston, Cambridgeshire between 1968 and 1975 and does anyone happen to have a photograph of the vehicle whilst operating for them as works transport in all over green livery? 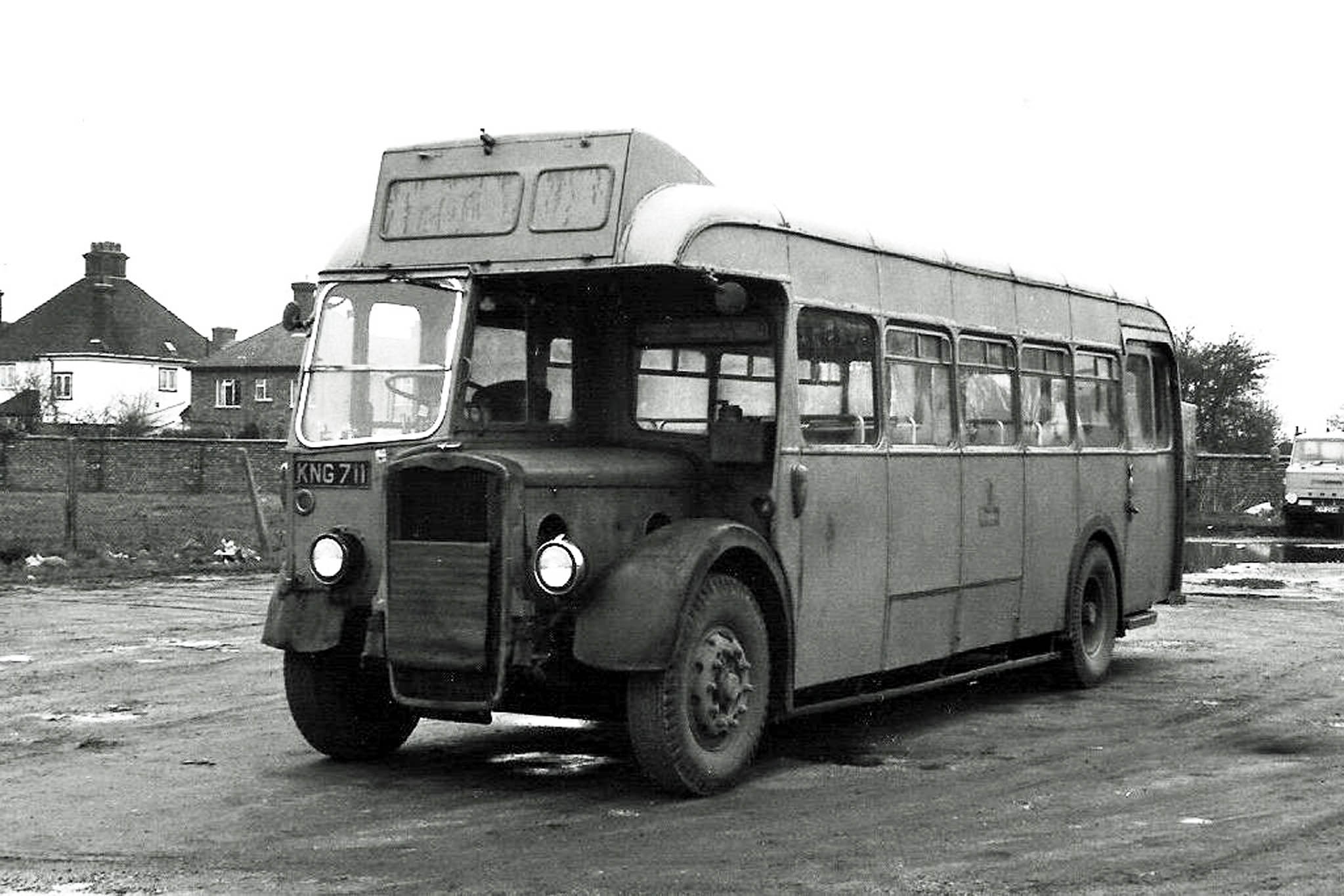 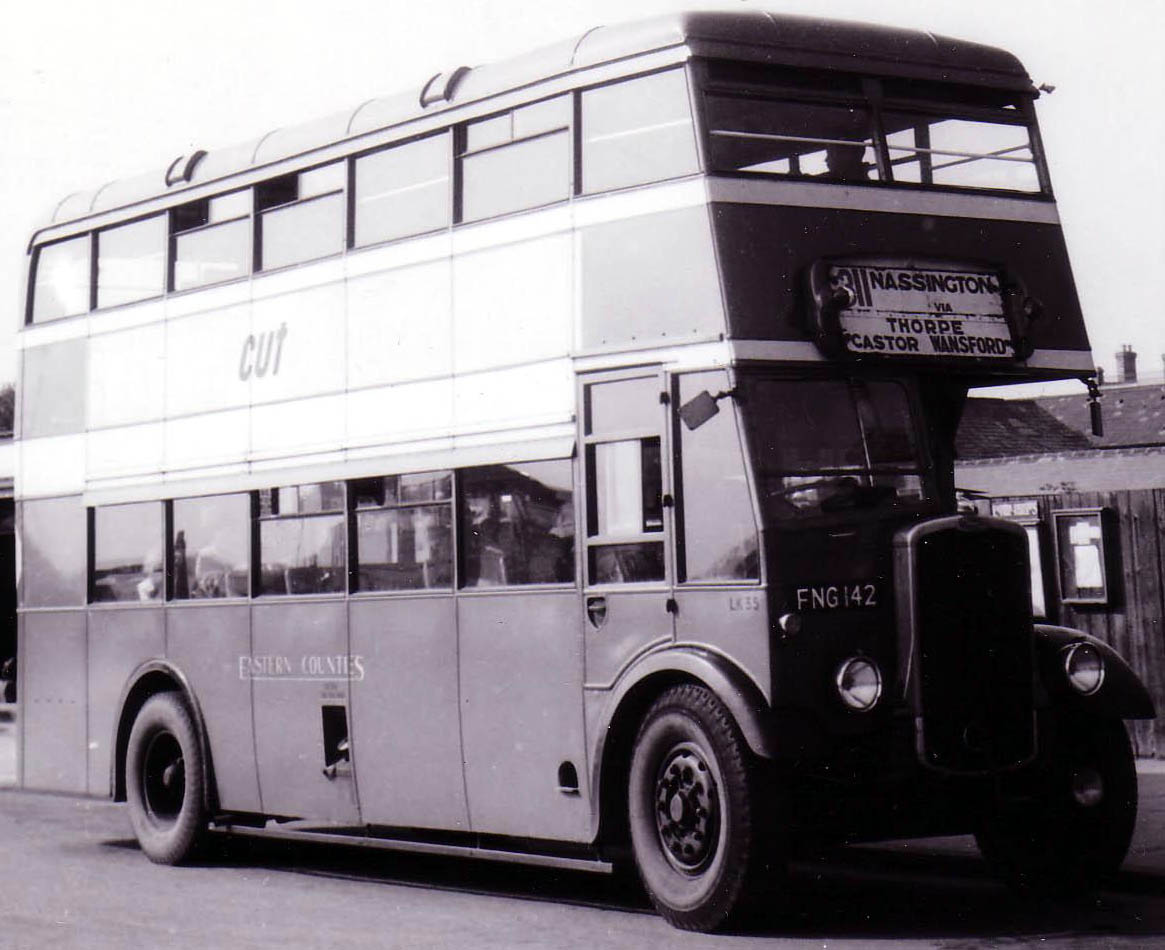 Does anyone recall the 'Nassington Flyer'?

This refers to a song by the Duffy Brothers and Ron Ryan on an LP in 1972. You can listen to it on YouTube.

It is commemorated from time to time by the Nene Valley Railway, most recently on 1st February 2015. However the 'Nassington Flyer' song was actually written about a bus service from Peterborough to Nassington on the occasion of the regular driver's retirement.

It was an Eastern Counties bus route to Nassington, either or both of the following

A1bus.co.uk is planning to run this route again for the Peterborough Bus Rally on July 12th 2015.

I would be grateful for any information on these routes and the drivers as well as the type of bus (single decker), probably a Bristol, used.

I don't know anything about the 'Nassington Flyer' as such, but I'm sure these routes would have been operated by Bristol L (LL) and later, LS (LS) and MW (LM) saloons, perhaps even by SC4LKs (LC) on occasions, as many of these light weight, small engined saloons were allocated to Peterborough, due to the largely flat territory of the North Cambridgeshire and South Lincolnshire fens.  Strangely enough, the landscape to the west of Peterborough starts to roll as passengers experience when travelling the routes to Corby and Kettering, the company's farthest flung destinations!  The A47 route towards Leicester is also surprisingly hilly too.  I will book the 12th July in my diary as it would be very nice to bring LC 556, my preserved 1958 Bristol SC4LK saloon, which was once allocated to Peterborough's Lincoln Road depot and has an original Peterborough destination blind installed and yes, it definitely has Nassington on it!  (webmaster) 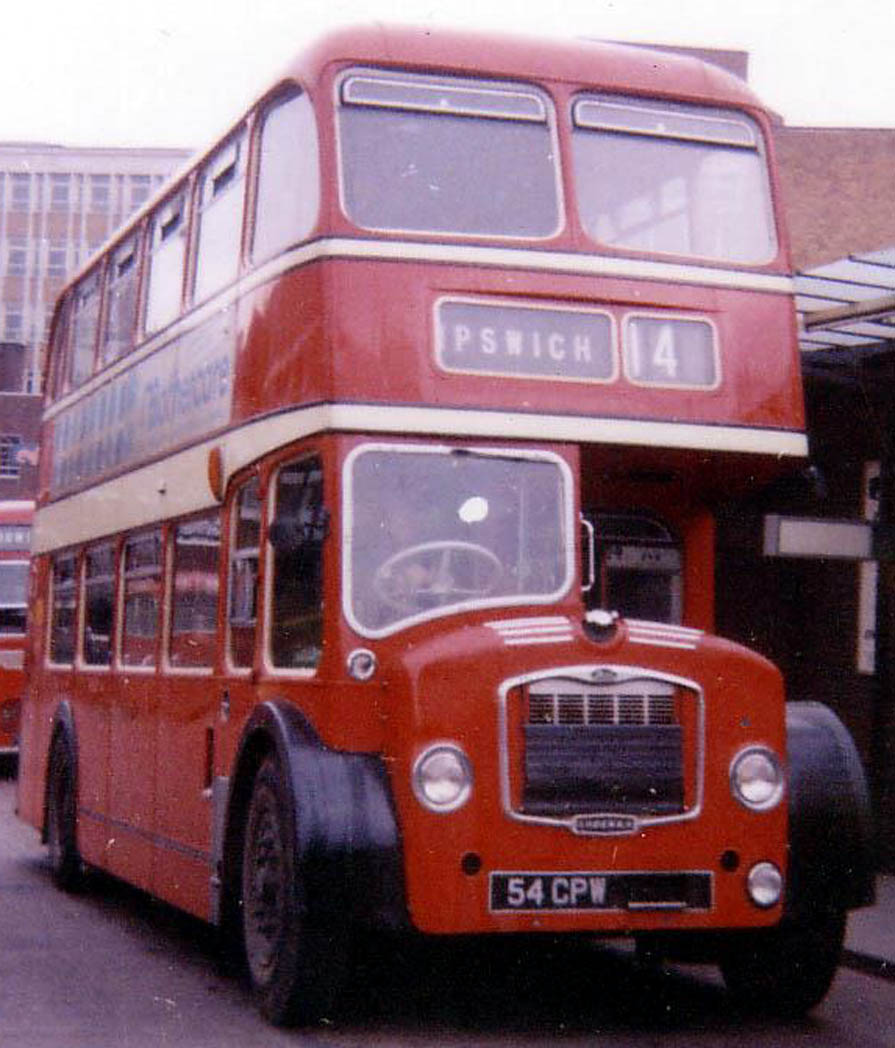 Does anyone happen to have any pictures of LFS 54 (54 CPW)?  Particularly interior ones of this or any other LFS examples as it currently has no interior. I am working on this, although I doubt we can get a set of the original round backed seats. I'm also after any history on it if anyone has any information?  I know it was at Lowestoft in 1975 then Peterborough, Cambridge and Yarmouth, but pre-1975 I believe it was at Ipswich but have no actual dates before '75.

LFS 54 was delivered new to Eastern Counties in July 1963.  Bristol FS5G - chassis number 205064 and ECW body number 12939. Designation H33 27RD.  Withdrawn from service in 1981. Was one of the final batch of LFS class vehicles to remain in service with the company.  Had the unusual chrome wavy backed seats.  Was allocated to Yarmouth in the late 1970s to the early 1980s.  Also saw service in Cambridge during the 1970s.  Was sold to Ben Jordan of Coltishall upon withdrawal.  Later became a mobile home/publicity vehicle for a peace campaign.  Passed to Viv Carter of Carters Coaches, Ipswich and then to Julian Patterson of King's Lynn for preservation. (webmaster) (Photo shows LFS 54 (54 CPW) in Norwich, Surrey Street bus station awaiting departure to Ipswich on Service 14) 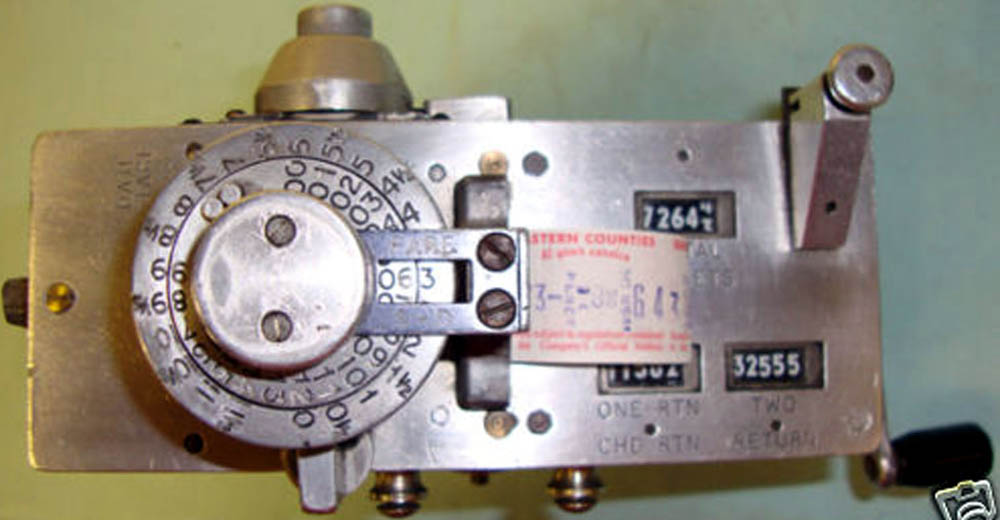 Does anyone have any idea what happened to the short-range Setright Speed ticket machines that were used on Norwich and Cambridge city services?

Does anyone know if the bus in this old photograph taken in Lowestoft is a United Automobile Services one? 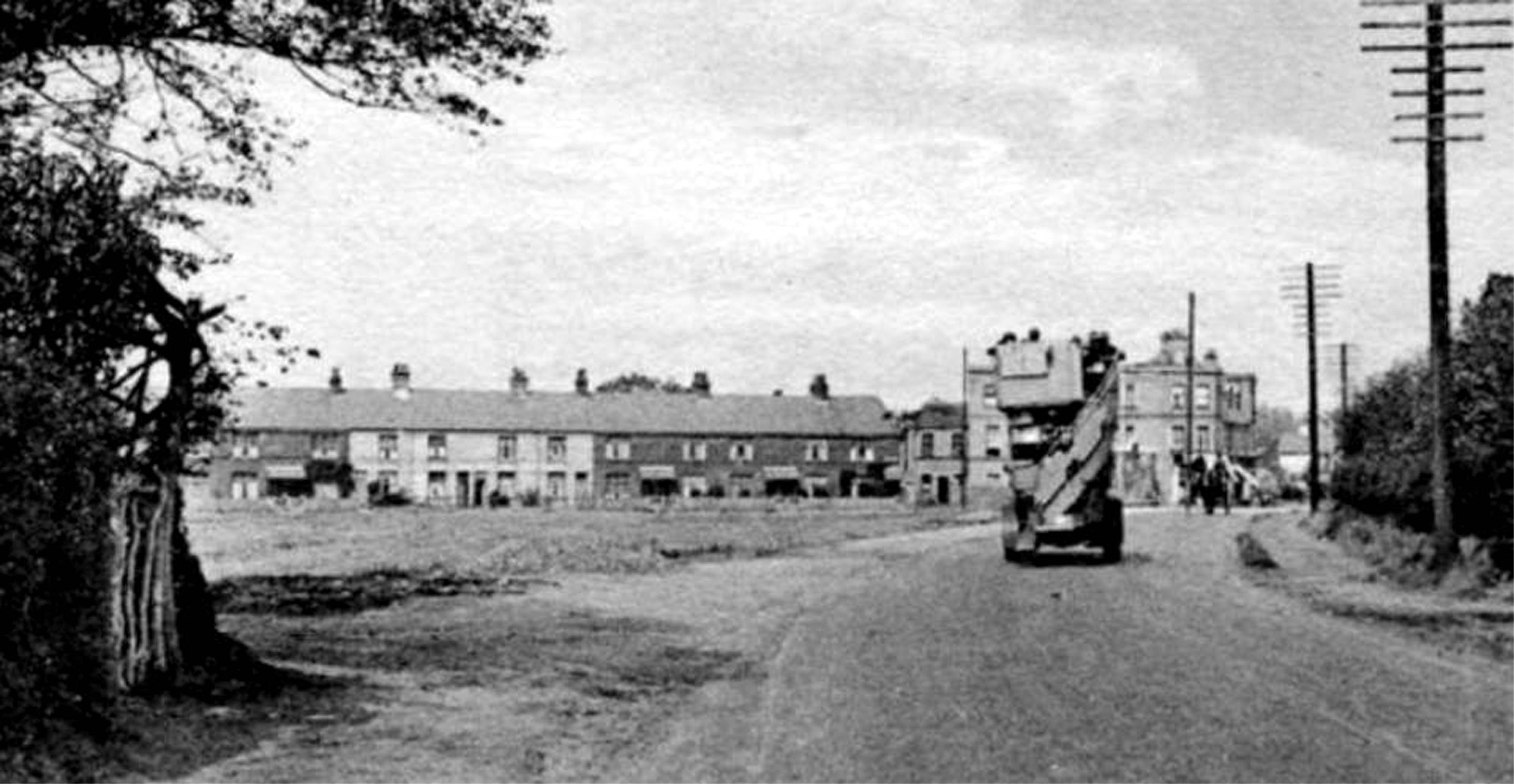 The gentleman on the left in the 2nd photograph is Lou Howes as a conductor. He later became a driver.

Does anyone know who the other two gentlemen are in these two photographs taken with LKH 113 (HPW 113)? 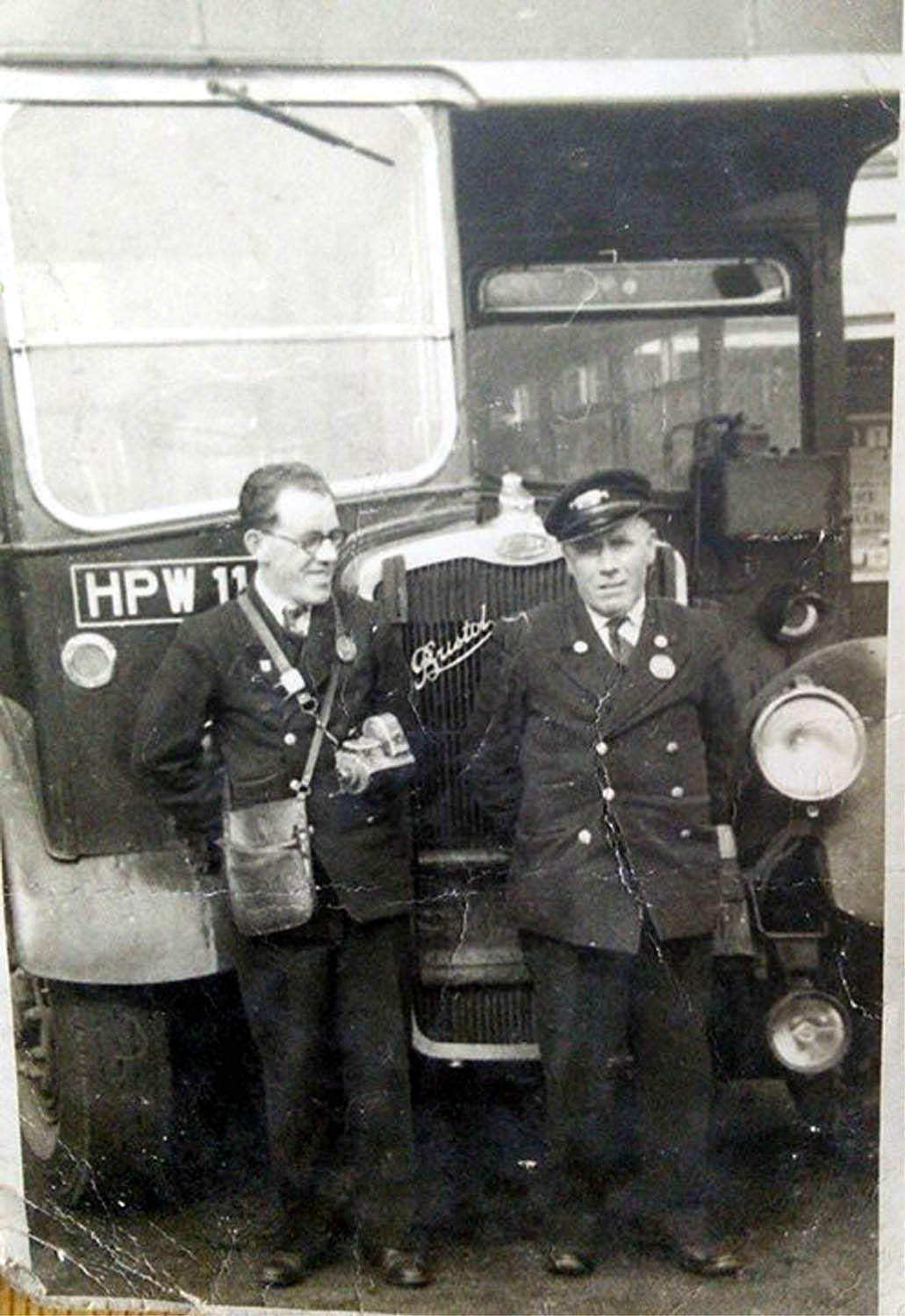 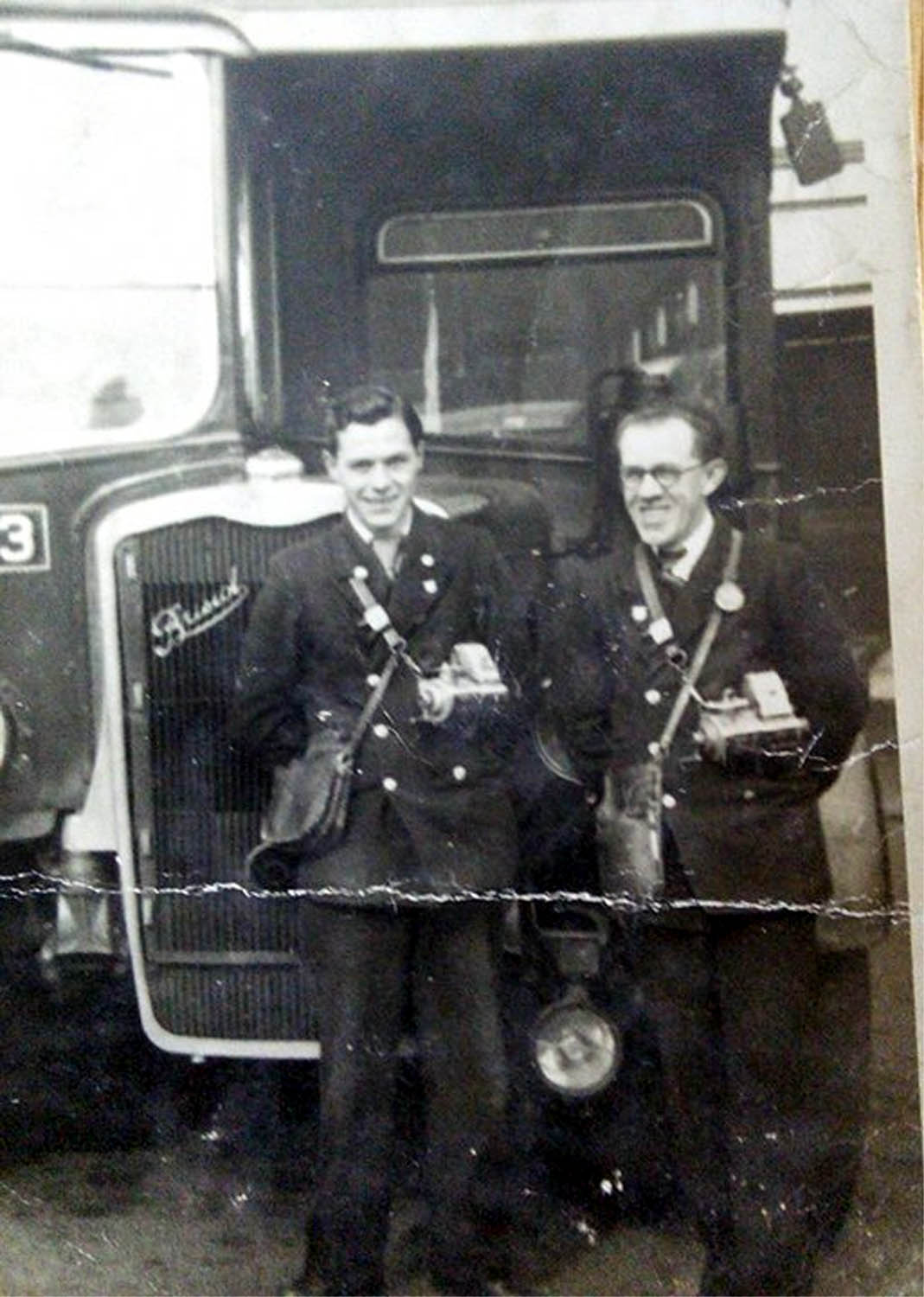 Can anybody help me please?  I am trying to find out which buses of the Eastern Counties fleet were allocated to Great Yarmouth and Lowestoft depots from 1931 to 1996, both new and second-hand.

I think the buses you are referring to are those of the AP class. These were ECW bodied Leyland PD1A's registered in the GPW 3XX series and dated from 1947 and the 11 and 11B routes were one of their strongholds. Bungay out-station had a large allocation of these relatively unusual vehicles which were built to lowbridge design, hence the sunken upper deck offside gangway and four abreast seating arrangement in the upper saloon. There were also Bristol K type buses of the LK class which were built in this way. (Photo shows AP 353 (GPW 353) in Norwich, Surrey Street bus station awaiting departure to Halesworth on Service 11)

As far as I know, there were no special terms used to indicate this type of seating arrangement as it was the accepted thing at the time. By the mid 1950s the problem was overcome by the introduction of the Lodekka which enabled both decks to have two aside seating with central gangways. I always think how difficult it must have been for the conductor collecting fares on the upper deck of the older lowbridge buses!

I am the current owner of Gardner 4LK engine number 108044 (now fitted to a narrow boat).

The Anson Engine Museum has confirmed that this engine was supplied by Gardner to Bristol Commercial Vehicles on 11th April 1956 and then fitted to an Eastern Counties Omnibus Bristol SC under order number K6540 of 22nd June 1955. I am seeking to discover the exact Eastern Counties Bristol SC to which this engine was fitted and to ask if anyone has a photograph of this bus. Does anyone have any records that might shed some light on this? The bus will probably have been bodied by Eastern Coach Works and entered service with ECOC in 1956-57.

If anyone can shed any light on the order number K6540 and match it to a chassis number, it will be quite easy to identify the particular vehicle.  I have photographs of all the Eastern Counties SC4LK buses and coaches (78 buses and 10 coaches), so will definitely have a photograph of the vehicle which was originally fitted with engine number 108044 (webmaster).

While you may be able to identify the original chassis that was fitted with this engine, it will most likely have been used in at least one other vehicle since then! The routine maintenance system at the time required all major mechanical units to be changed on a mileage basis. Engines would have been changed at the 6th dock approx 180,000 and later 240,000 miles. The units were programmed for exchange for reconditioned units from Norwich during docks at Cambridge, Newmarket Road, Ipswich, Norwich, Cremorne Lane dock shop and Peterborough. All units were returned to Norwich, Cremorne Lane central works for stripping and rebuilding to original standards and stored ready for the next demand (Geoff Pullin). 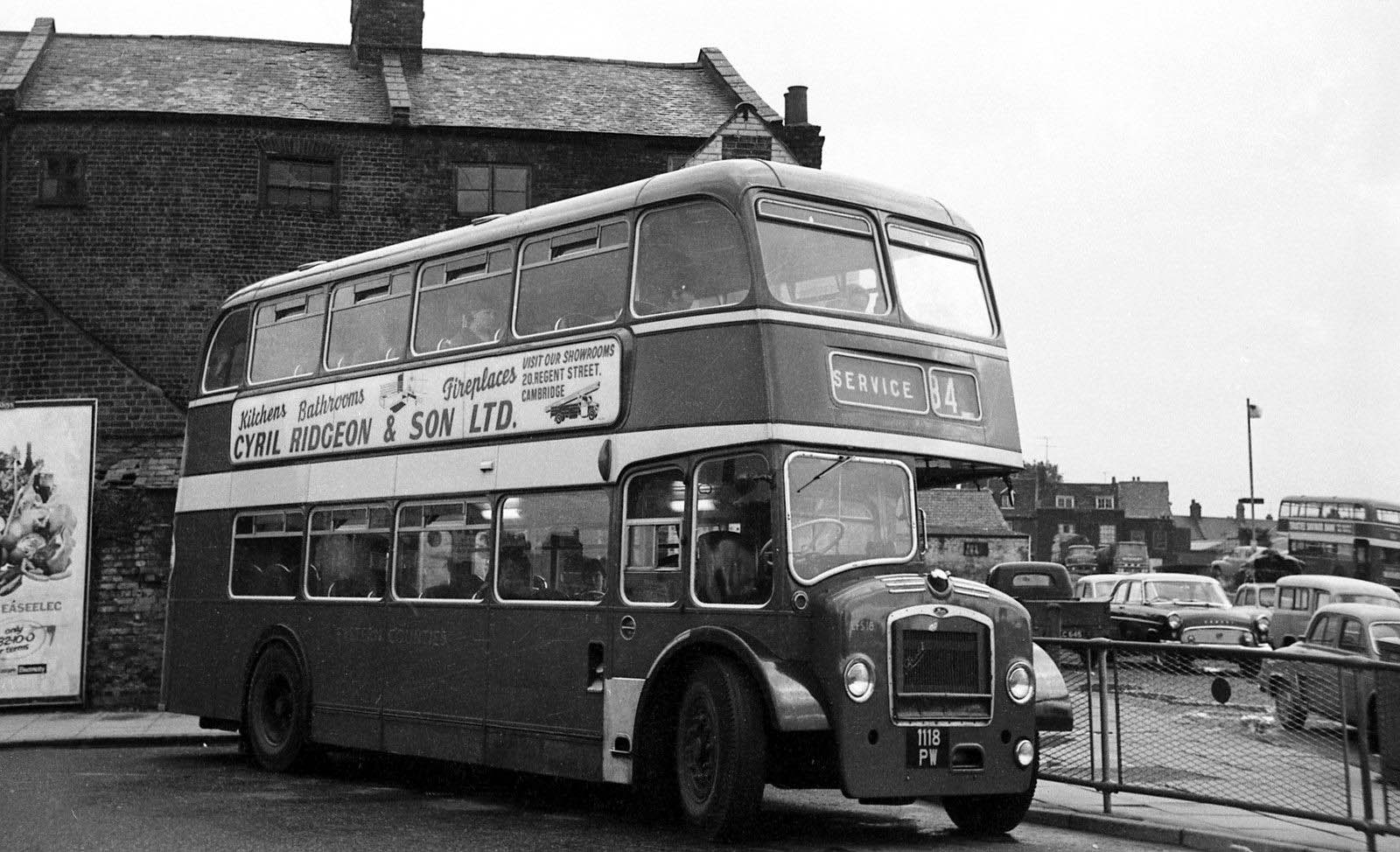 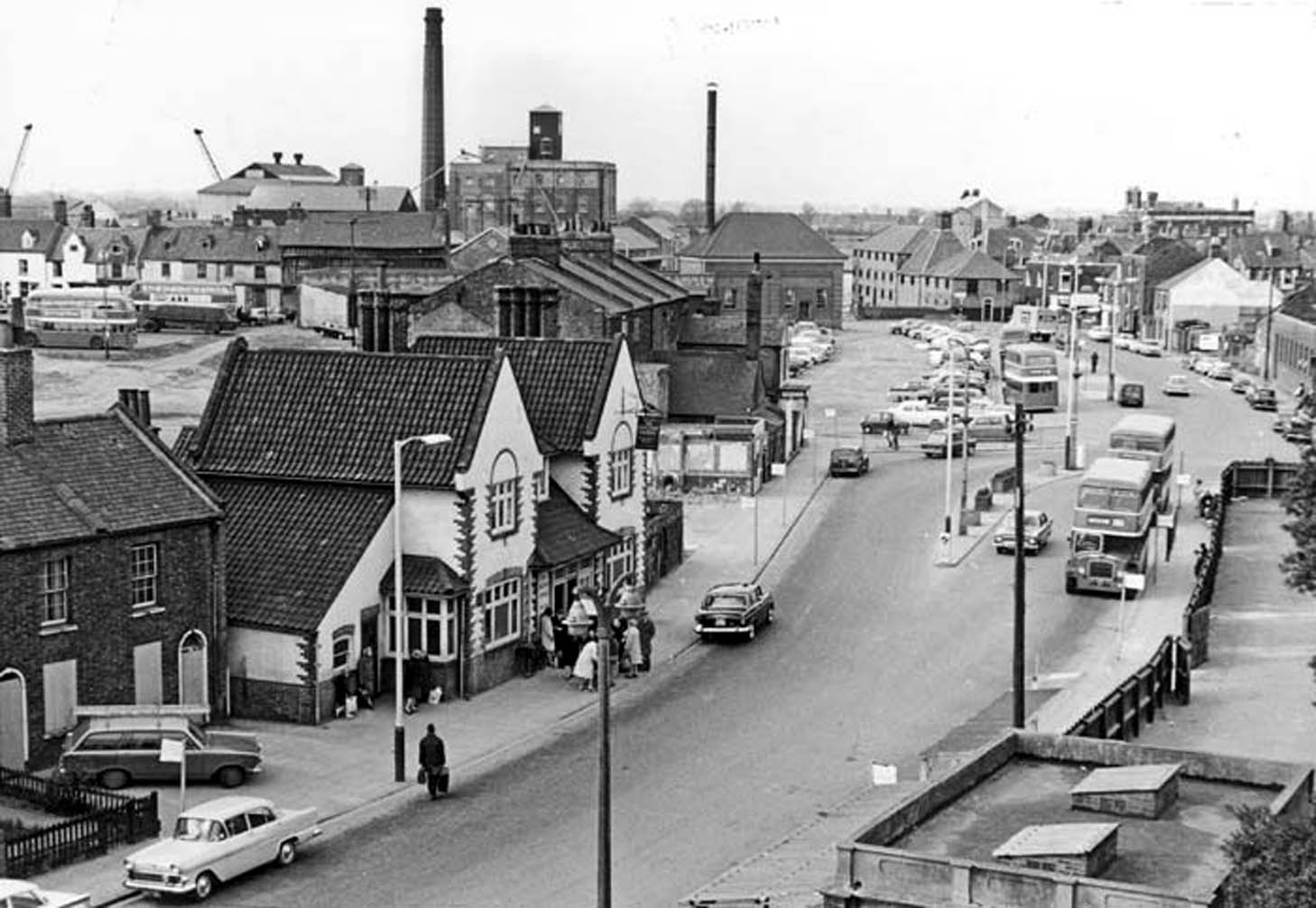 It would appear that LFS 18 (1118 PW) is laying over in the Millfleet, King's Lynn whilst operating service 34 which ran from King's Lynn to Yarmouth via Narborough, Swaffham, East Dereham, Norwich and Acle.  The photograph on the right, discovered on the internet, depicts a 1960s overview of the Millfleet area which clearly shows a layover parking area behind the buildings to the left of the picture.  It appears that LFS 18 was caught by the camera whilst parked here awaiting it's next turn of duty. Thanks are due to Keith Shayshutt and Stephen Purkiss for their assistance in solving this mystery.

I am a member of the RMWeb forum. One of our members posts regularly on there about his superb model of Peterborough North station set in 1958.

I am modifying a Corgi model bus (the ECOC P lowbridge) into a 7’6” highbridge LKH, which would be a more appropriate addition on Crescent bridge. However I would like details of which routes went over this bridge so that I could finish it off.

Also, Spital bridge, at the north end of his layout, has a different road layout today. Back in his era, would there be any buses running over that? I suspect not as it was rather narrow, though I have suggested to him that a coach could be using that road. Any thoughts?

According to the Peterborough area time table from 1969, it was Route 305 from Walton and Gunthorpe Estates via the City Centre to Netherton Estate and Wootton Avenue which went via the Crescent Bridge.  It is also shown in the 1956 Western Area time table as following this route via Crescent Bridge too. Hope this is of some help.

Does anyone remember a crew driver from King's Lynn who was definitely a “character”? His name was Bob (I can’t recall his surname) who beneath a gruff exterior had a heart of gold and was very popular. He was best known for driving slowly, often looking very fierce when at the wheel, and sometimes leaving late to give people longer to do their shopping! He lived in Grimston. Sadly, he died at the wheel in May or June 1976, a few weeks before he was due to retire.

As a boy, I remember hearing about a fatal accident in the 1960s at Onion Corner near Castle Rising on the old 35 King's Lynn - Hunstanton route. I think a double decker overturned because it was going too fast. Does anyone have any more details?

In the 1960s and 1970s, drivers on country routes observed an unofficial rule of not stopping to pick up passengers in the suburbs of travelling to the town centre in the daytime, on the grounds that the town services would do so. Did such a "rule" apply elsewhere, for example in and and was it ever approved by management?

I'm certain this unwritten rule was observed in Norwich. I don't know about Cambridge or Peterborough. (Webmaster)

I remember during my schooldays in Cambridge in the 1950s being told that the 109 Cambridge-Ely service would not take passengers who were travelling to or from stops before Kings Hedges Road, which was the terminus of the 115 local service. I never had occasion to test this, as we lived on the eastern end of Chesterton Road, served by the 101 local service, but not by any country services. I would imagine the same would have applied on other roads out of Cambridge that had both local and country services. Whether it was official policy or not, I don’t know. (Mike Willsher)