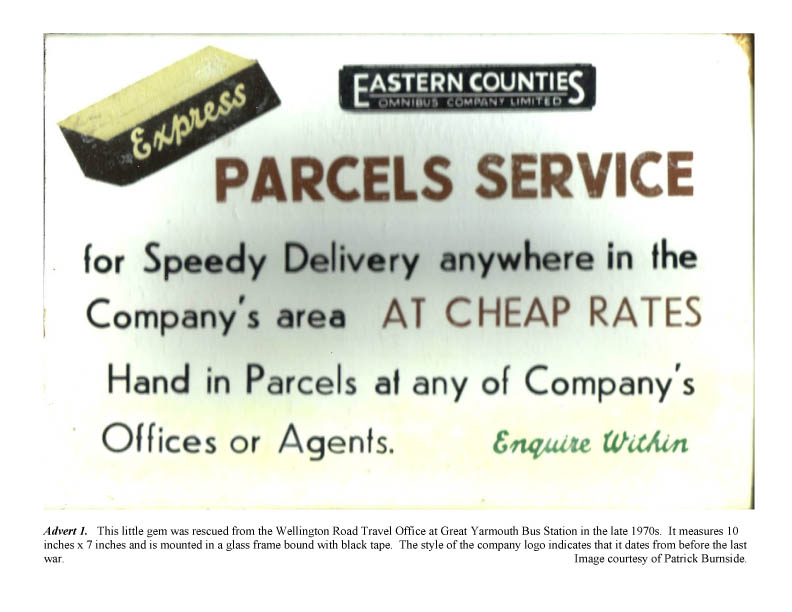 It must not be forgotten that the Eastern Counties Omnibus Company provided an excellent parcels service throughout their operating area.

A comprehensive network of agents were employed where customers could take their parcels for onward transmission to virtually anywhere in the company's operating territory.  These agents were very often the proprietors of local village post offices, grocer's shops or public houses and in the larger towns, the company's travel and enquiry offices acted as parcel acceptance points.  These agents were listed in the company's time tables. Parcels, including newspapers, were carried on the company's stage carriage services and were dropped off at various points along the route by the conductor (or driver in the case of one man operated services). 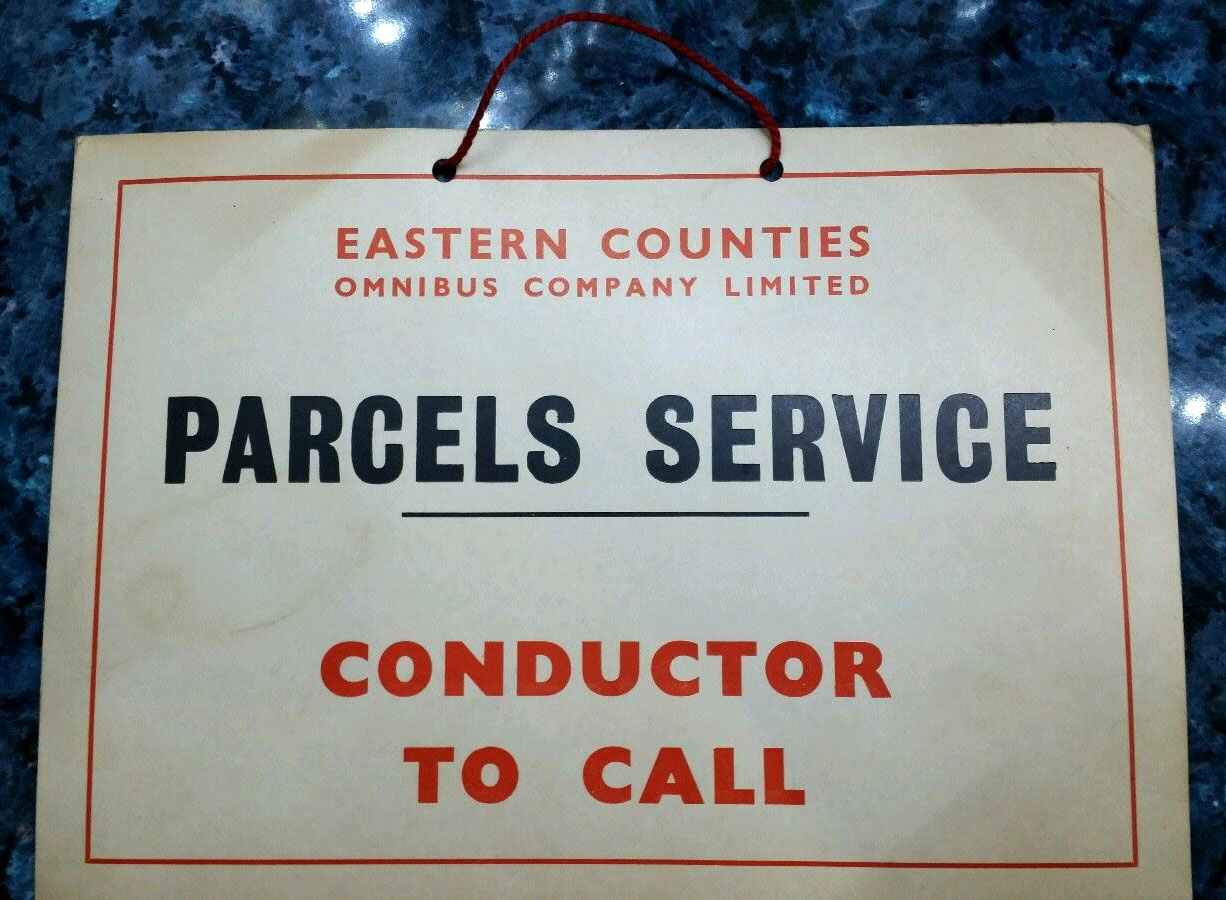 The following schedule details the rates charged for the carriage of parcels on the company's stage carriage services:

To return to this page after viewing the schedule, please use your browser's 'back' button.

Left:  Window hung card used by parcel agents when there were parcels to be collected by the Company 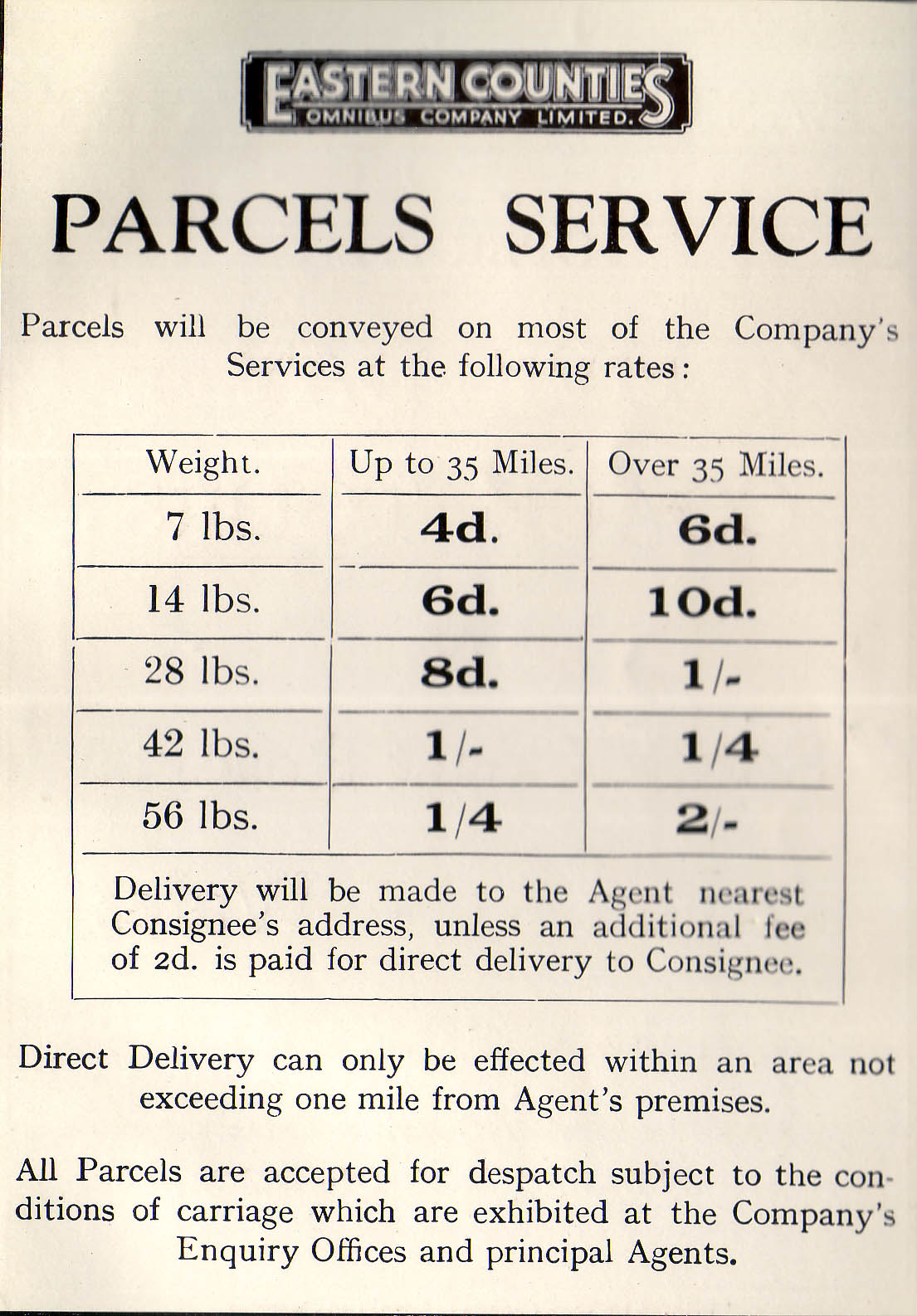 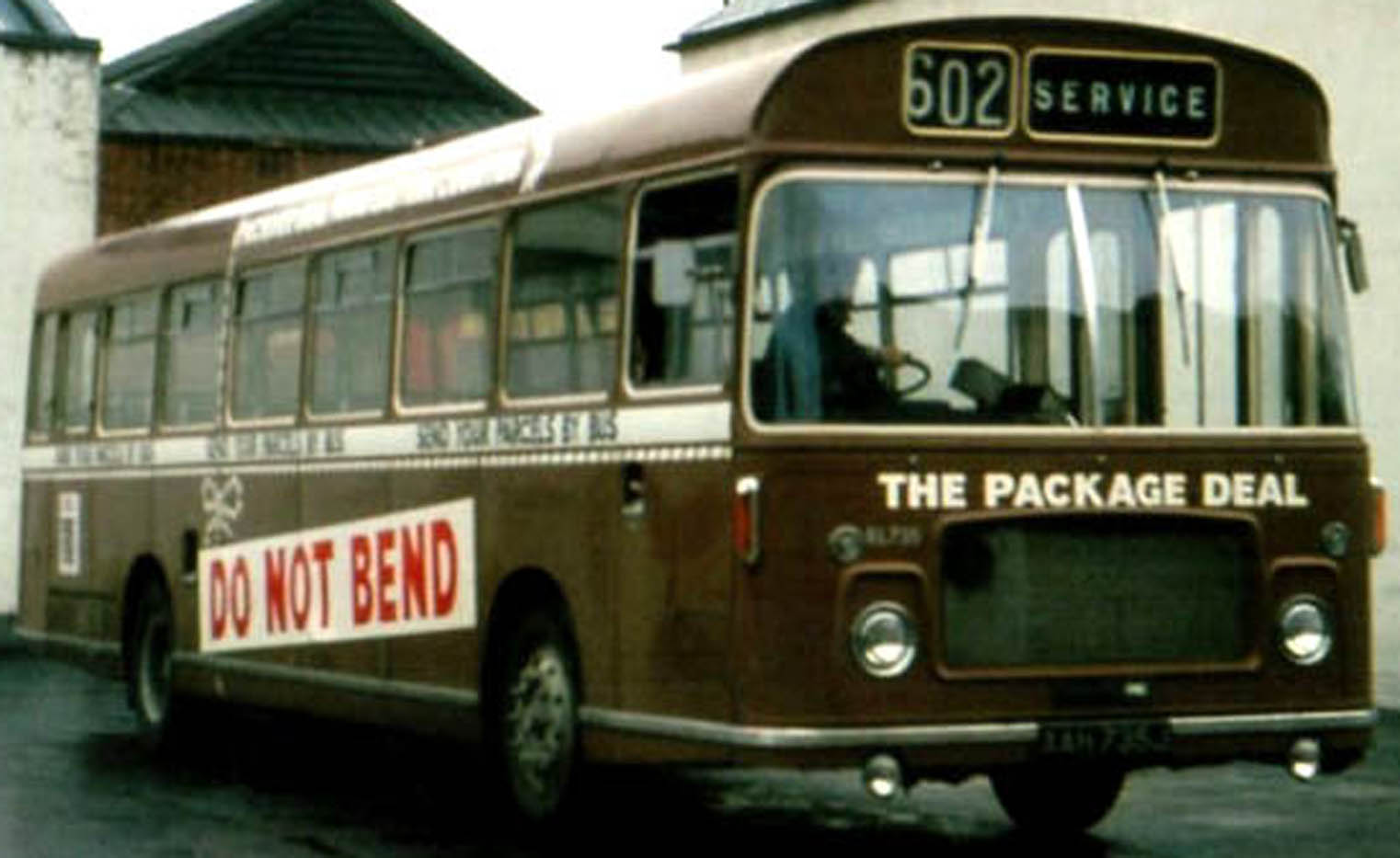 Right:  RL 735 (AAH 735J) sporting an overall advertisement for the Company's parcels service in the 1970s.  It is pictured here on the front yard of Yarmouth's Wellington Road depot. 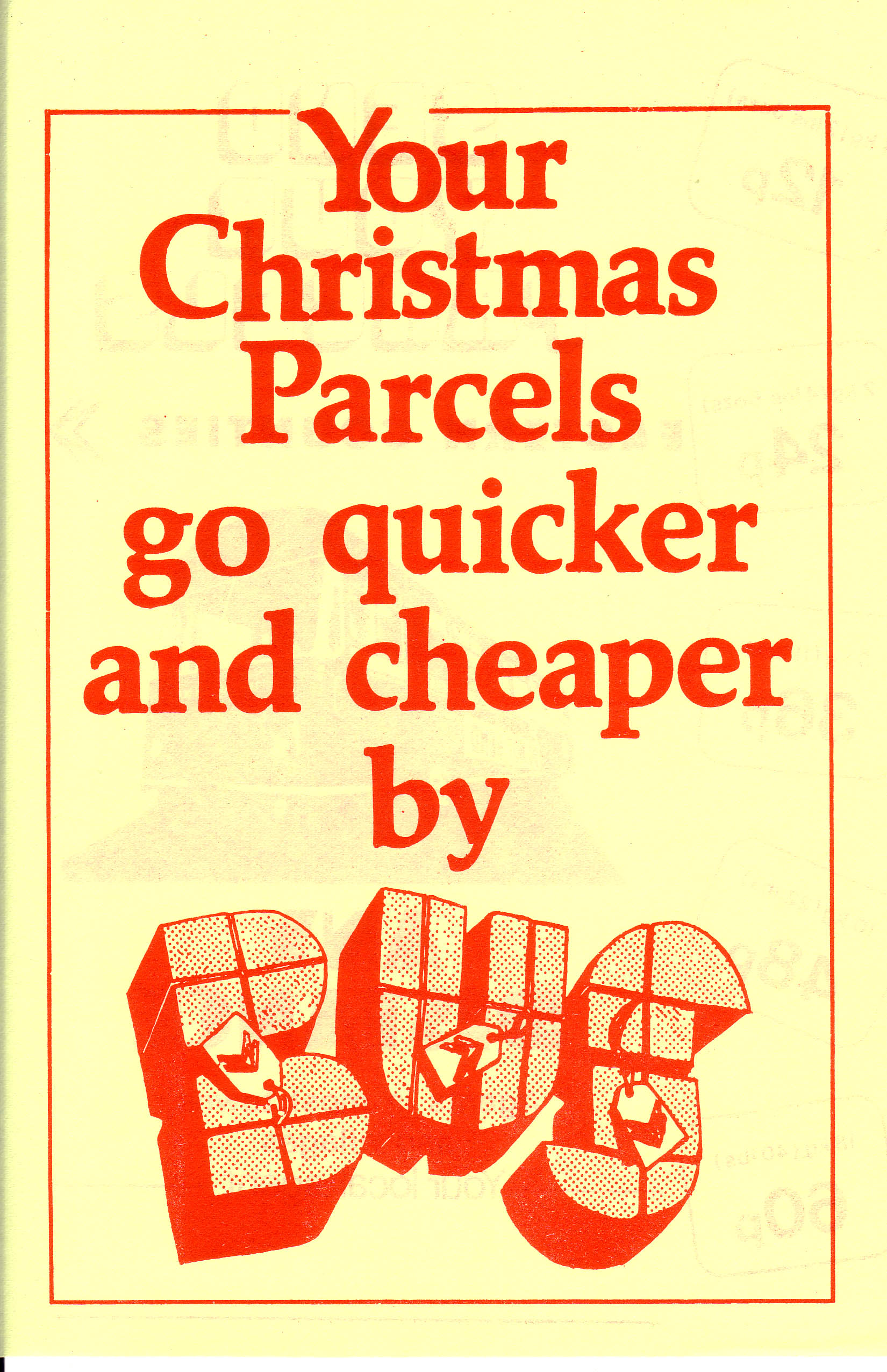 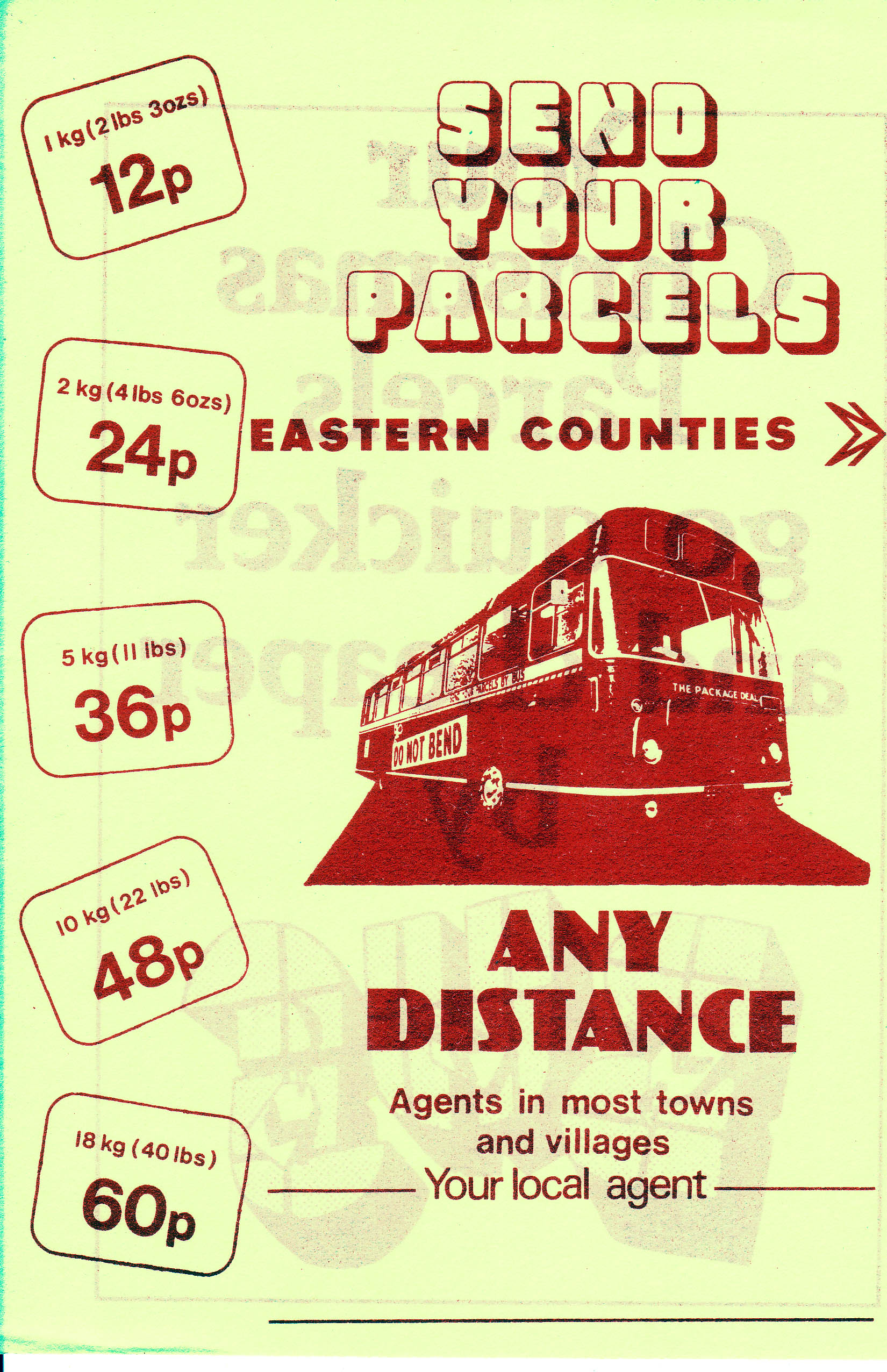 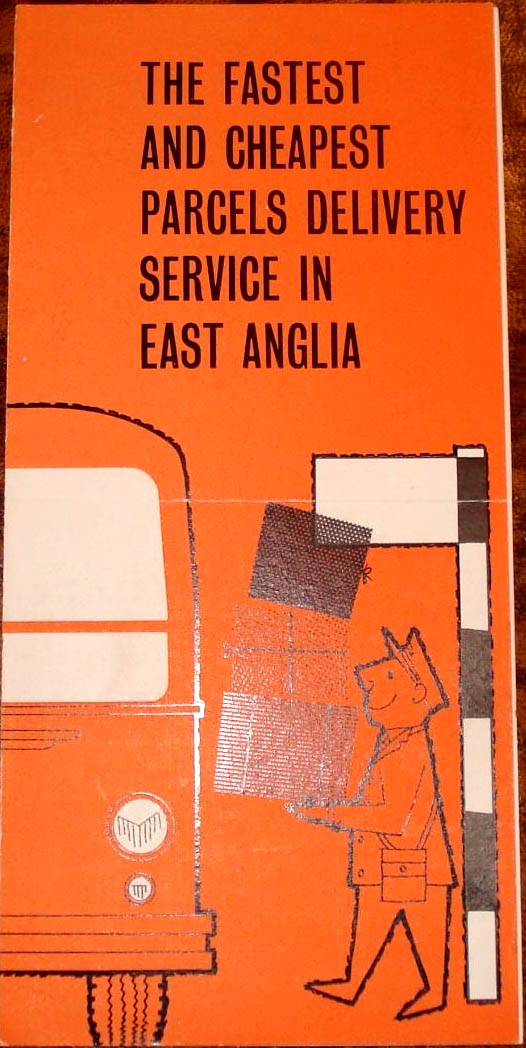 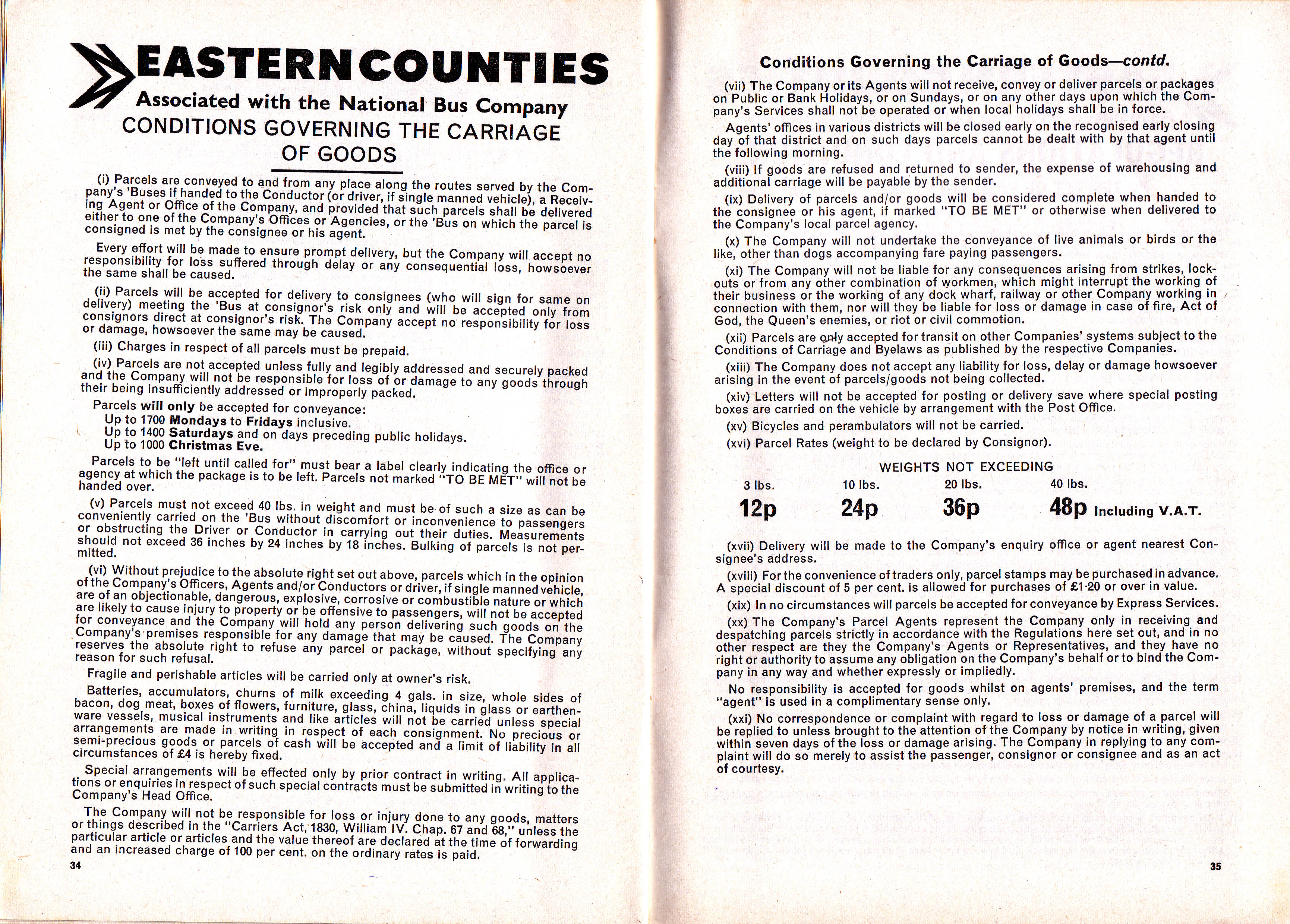 Regulations pertaining to the Company's parcels service in the NBC era. 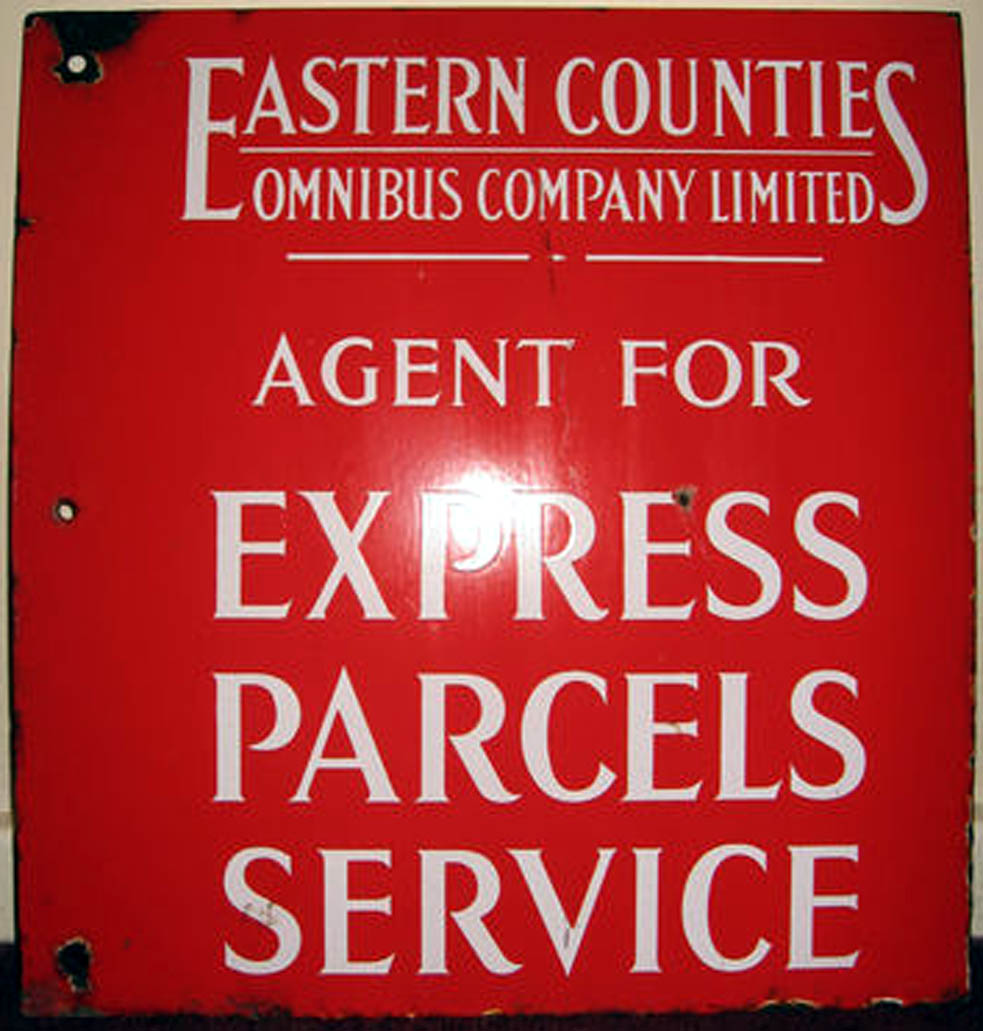